Our next employee spotlight features Social Media Manager, Sharon Bell . Sharon joined the team in May of last year after taking a few months off for the birth of her daughter. She brought with her more than a decade of social media knowledge and experience managing seven-figure social advertising budgets. It’s been a delight working with her to implement and execute new campaigns for our clients. 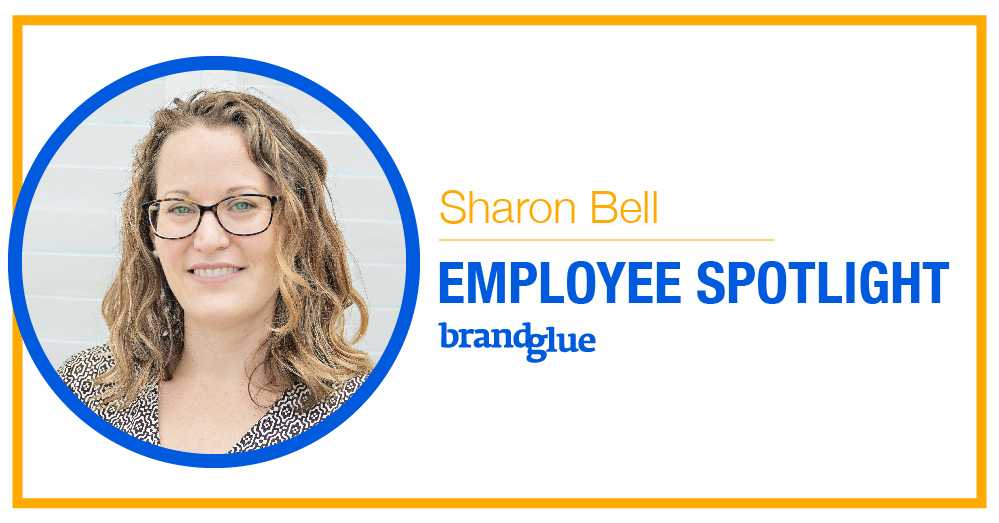 1. How did you get started working in social media?

I was a Journalism major and my first “real” job after college was at an Alternative Newsweekly where I did everything from answering the phone to writing for the local “Happenings” section, to maintaining their website. One day they asked me to start “one of those Facebook things that businesses are doing now” and, eventually, it became a big part of my role.

2. What is the strangest or craziest thing to happen to you while working in social media?

When I worked at JTV (a jewelry home shopping network), Lady Gaga posted a video to her Instagram Story while watching one of our shows with her dog on a Friday night. My phone was immediately blowing up with, “OMG! What should we do?!”. After quickly consulting with our legal team, we couldn’t reuse her likeness without explicit permission, so the best we could do was share her Story to the JTV Instagram Story for 24 hours (this was before Instagram Highlights). However, a few days later, we saw a few paparazzi photos of her wearing the ring that was shown on TV during her Instagram Story! After some digging, we found out that her boyfriend had purchased it for her. Since we had his address, we decided to have one of the in-house jewelers create a custom dog collar using the ring as a charm. We sent it to her boyfriend, along with a heartfelt note, and hoped that maybe, just maybe, Gaga would share a photo of it on her social channels. We checked diligently for months, but no luck. However, it was a super exciting prospect, and it’s fun to think about Lady Gaga’s French Bulldog wearing his one-of-a-kind collar.

3. Tell us about a favorite social/creative campaign you've helped with.

Each year, Biltmore Estate in Asheville, NC makes a big deal around having Santa deliver their 35-foot Christmas tree in a horse-drawn carriage. More than a thousand people would gather to see it be delivered, and then workers would carry it into the House where it would be carefully raised in the Banquet Hall. Since the viewing area in the Banquet Hall is very limited during this event, I decided to “live tweet” while it was brought through the house, raised and decorated—a process that takes about 4 hours. I worked with a photographer and through his wi-fi enabled camera, we posted real-time photos and encouraged visitors to follow along via the event hashtag. It was a big success, only to be trumped by the next year when Facebook Live was launched. I was the first one to use Facebook Live during the tree raising event and with the help of the PR team, the video received 1 million+ organic views! Years later, they still carry on the tradition.

4. What's one thing you love about BrandGlue?

After having worked at several large companies, to be completely honest, I love not having to deal with some of the crazy office politics anymore. Everyone at BrandGlue is super nice and respectful, and being a fully remote team means there’s no petty office gossip.

5. What's a current hobby, book you're reading, or podcast you're listening to that you'd recommend?

Reply All is one podcast I never miss. It’s a unique blend of humor, tech, and current events; I recommend the two-part episode “Long Distance” if you’d like to give it a try. I also play roller derby for the Hard Knox Roller Girls.

Did you miss our last employee spotlight blog featuring our other team members? Read more about Rai Masuda , Joey Ponce , and Hannah Lushin !